Showing posts with the label crew overboard
Show all 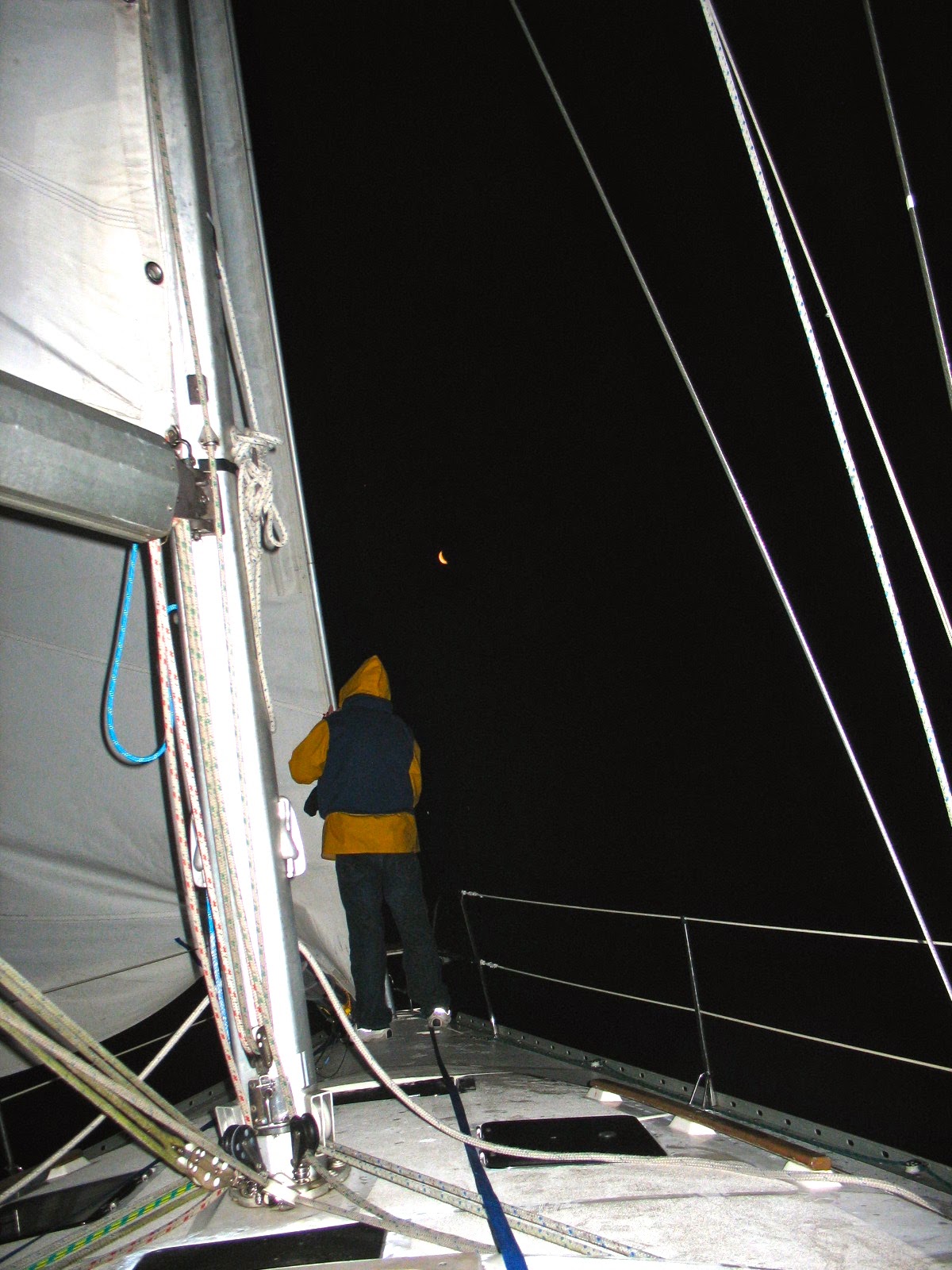 "I watched with horror and stunned disbelief as the wave carried her aft. I leaped after her. She was already most the way off the boat when the backs of her legs snagged the upper lifeline. A split second later I had a death grip on her thighs. I tried to drag her back into the boat, but I couldn't overcome the force of the water." - John Kretschmer from  Sailing a Serious Ocean After reading many sailing blogs and books and talking to lots of people, I'm pretty certain that the following three fears are prominent among many sailors: 1) Big (really big) waves 2) Sinking/capsizing 3) Crew overboard Today I'm going to summarize our crew-overboard procedure. I'm doing so both to share it with you and to make sure it's clear in our own heads and hopefully refine it based on feedback from readers. First, let me say that I truly believe most crew-overboard emergencies can be avoided completely by careful planning, safety equipment and aware
4 comments
Read more

"No one will go to the rescue of a drowning man if his cries are feeble." -Sri Sathya Sai Baba (an Indian guru) Man-overboard poles, or MOB poles, have been commonplace on sailboats for several decades. In fact, many races and offshore cruising rallies require a MOB pole as mandatory sailing gear  to register for an event. The idea is simple: Create an easily deployable device that makes finding someone who has fallen into the water easier even in high waves and low visibility. In other words, transform a drowning man's cry into an unmistakeable and powerful beacon. But stowing a 10' to 15' rigid pole can be troublesome, particularly if can't be mounted on the backstay.  Traditional rigid MOB pole Enter Plastimo's inflatable IOR Dan buoy... Plastimo's inflatable MOB buoy just before installing it on our stern rail This unique device attaches to a stern rail and has a torpedo shaped canister that can quickly be thrown into
2 comments
Read more
More posts