"No one will go to the rescue of a drowning man if his cries are feeble."
-Sri Sathya Sai Baba (an Indian guru)

Man-overboard poles, or MOB poles, have been commonplace on sailboats for several decades. In fact, many races and offshore cruising rallies require a MOB pole as mandatory sailing gear to register for an event. The idea is simple: Create an easily deployable device that makes finding someone who has fallen into the water easier even in high waves and low visibility. In other words, transform a drowning man's cry into an unmistakeable and powerful beacon. But stowing a 10' to 15' rigid pole can be troublesome, particularly if can't be mounted on the backstay.

This unique device attaches to a stern rail and has a torpedo shaped canister that can quickly be thrown into the water during a crew-overboard emergency. A thin line connecting the mounting bracket to the canister triggers a CO2 cartridge to inflate the device when thrown.

When inflated, the Dan buoy provides a red and yellow flag 6.5' above the water as well as an automatically activated LED light with an 8-hour battery life. There's also a signaling whistle. What's that you say? Why can't someone invent a way for people who fall overboard to be comfortable while waiting to be recovered? Well, have you seen the adjustable webbed seat and handle on this buoy? The base of the inflated buoy also contains a rigid ballast and v-shaped battens for stability and there's even a small 11" drogue anchor to help resist drifting. 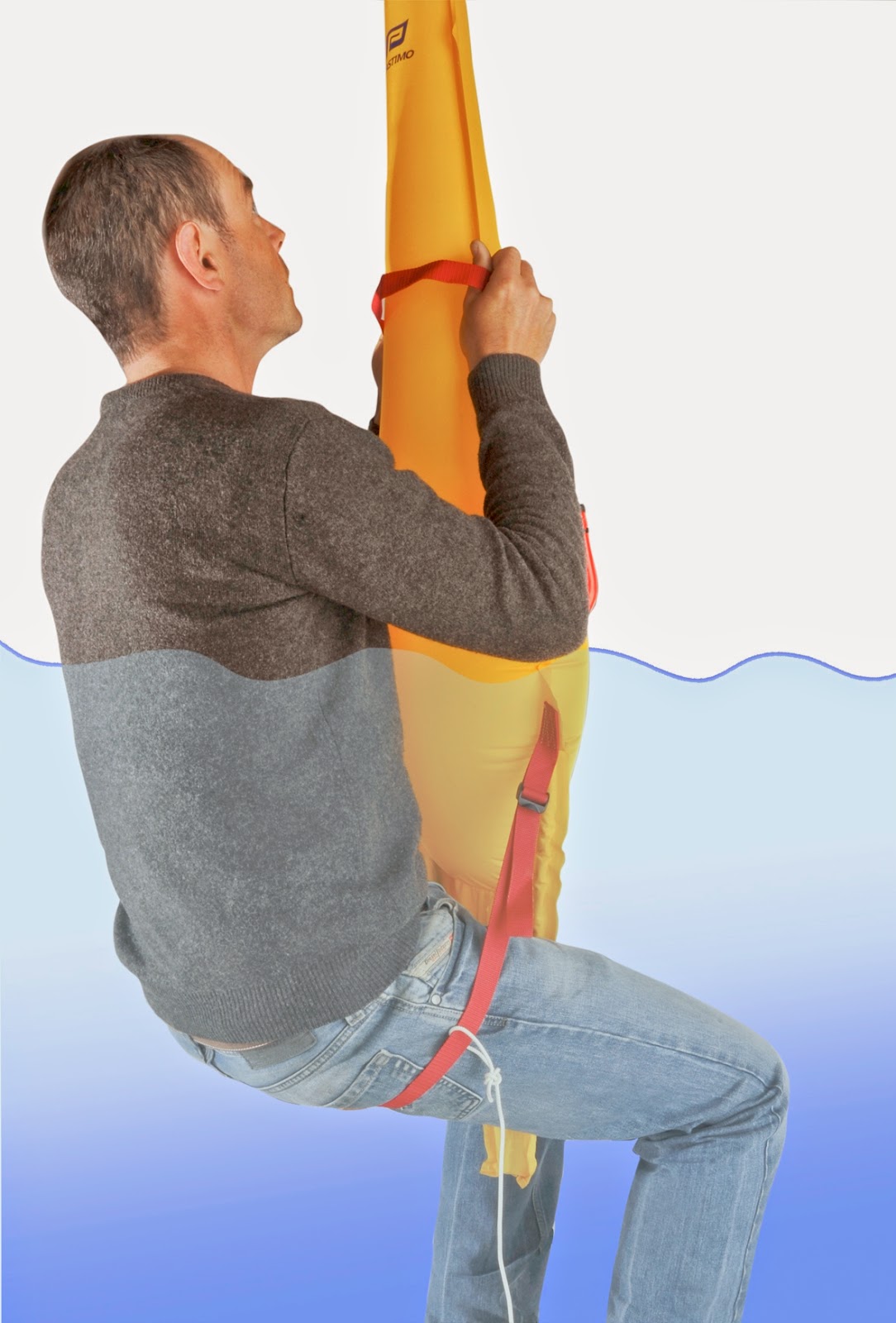 We now have the Plastimo Dan buoy installed on our stern rail and I plan to sacrifice a CO2 cartridge this spring by testing it to see how well it inflates and just how visible it is at a distance. Stay tuned for a follow-up field test review!
>> Don't forget to visit SFLF's Gear Review page for more sailing gear reviews/tests. <<
crew overboard man overboard MOB pole Plastimo Dan buoy