Showing posts with the label sailboat review
Show all 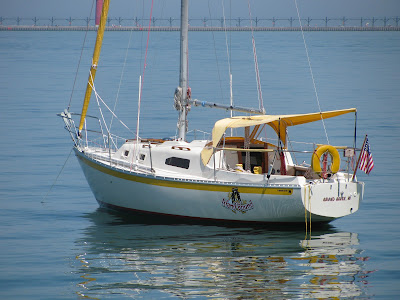 It’s been a while since I’ve done a boat review. What follows may quite possibly be more than you ever wanted to know about an Irwin 28 sailboat. Disclaimer: My own personal boat is an Irwin 28, so the review is admittedly biased by my firm belief that my favorite boat will always be the one that I own at the time. However, my biased perspective also assures that I know intricacies about the I28 that may not be apparent to those who haven’t spent significant time aboard this model. Irwin 28 Review Ted Irwin began building boats in his backyard at a very young age. He started professionally as a draftsman and part-time boat builder with well known racer and founder of Morgan Yachts, Charley Morgan. After learning on the job from Morgan and successfully racing some of his own designs, Ted started Irwin Yacht and Marine Corporation in 1966. He used his racing success and passion to inspire his early cruising designs. Though Irwin Yachts closed its’ doors in 1991 due partly to the luxury
26 comments
Read more
More posts