Showing posts with the label sailboat design
Show all 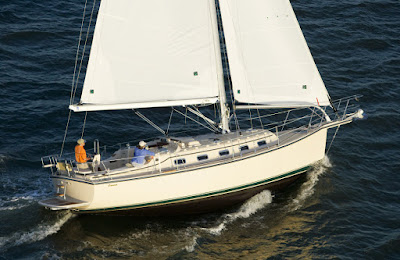 Once again, I'm pleased to bring you another installment of my "4 simple questions with a sailboat designer" mini-interview series. This week, I welcome Bob Johnson from Island Packet Yachts to SailFarLiveFree.com. Bob Johnson's passion for sailing bloomed at an early age. He was only eight when he bought his own subscription to Yachting magazine, and fourteen when he wrote a term paper on his future career as a naval architect. That same year, he lofted his first sailboat on the living room floor, then sailed it down Lake Worth, with his brother holding a garden umbrella for a spinnaker. He was hooked for life. Even though he became a mechanical engineer, ending up at McDonnell Douglas designing missiles, his heart was still with sailboats. With a master's degree from MIT in naval architecture, he went to Florida and worked with Irwin Yachts and Endeavor, gradually becoming general manager. But he had a well engineered dream. He started Island Packet modestl
Post a Comment
Read more

"I have to say that I don't believe sailboats with rakish and slippery superstructures that look like they are out of aerodynamic superfast vehicles enjoy mixing the company of spars, rigging, cloth sails and large angles of heel and pitching in heavy chop." -German Frers This week I'm welcoming German Frers to the helm of SailFarLiveFree.com.  Below is my mini-interview with German that continues the blog series asking four questions to prominent cruising sailboat designers. If the name German Frers doesn't ring any bells for you, you're still almost certainly familiar with some of his designs. He has been the exclusive designer for Nautor's Swan in Finland, much of the Hallberg-Rassy range and several Hylas sailboats . In fact, Frers firm, Frers Naval Architecture & Engineering , is responsible for many high end racers, cruisers, superyachts, day sailers, multihulls and even some motor yachts. Far too many to list here! The Hallberg Rassy
2 comments
Read more

This is the second entry in a series of my mini-interviews with prominent sailboat designers. My guest this time is Bill Dixon. Bill leads Dixon Yacht Design and has done so ever since he took over Angus Primrose Design more than 27 years ago. To cruising sailors, perhaps Bill's best known designs include sailboats from Moody Yachts  since 1981. Of particular note are the unique and innovative Moody deck saloons. As Moody Yachts puts it, "Bill Dixon is more than a designer. Each one of his developments is filled with life." Dixon Yacht Design has also been involved with the Passport Vista 615 , Passport 58TC , the Discovery 50 catamaran , the Tayana 54 and many others including  several superyacht sailboats  and powerboats. A very big THANK YOU to Bill for participating! And now on to my questions and Bill's responses: 1) Sum up your sailboat design philosophy in a few sentences. I enjoy designing sailing yachts, based on the lifestyles of owners. This, I believ
Post a Comment
Read more 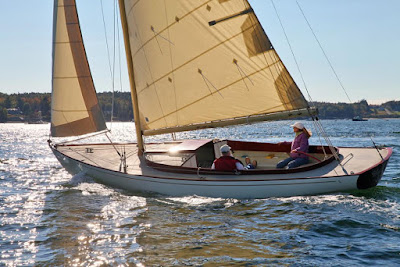 "A designer must study the essentials of what is beautiful in yachts, and work these ideals into any design he draws whether blonde or brunette, transom stern or pointed, power or sail." - Chuck Paine This post is the first in a series I'm putting together to help give myself some new perspectives on cruising sailboats from the design pros. In the series, I'll be asking well-known yacht designers to answer 4 questions. Follow along with the series and learn a bit about what makes these designers tick and the intricacies of such things as the tradeoffs for sailboats between form and function. Here are my questions for the designers: 1) Sum up your sailboat design philosophy in a few sentences. 2) What's one of your personal favorite sailboats that you designed and why? 3) Is there a sailboat design and/or designer that inspired your own work or career? 4) Is it more difficult to design a sailboat that looks good or sails good? For this particular post,
4 comments
Read more 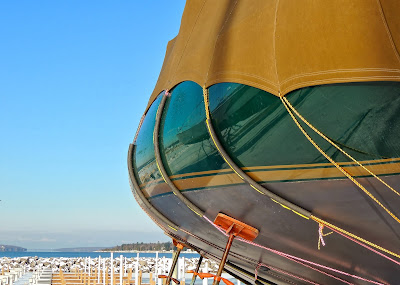 Tumblehome Perfection  by K. Walters tum - ble - home ( noun ): The inward curve of a ship's topsides. Or said another way, when the beam at the uppermost deck is less than the maximum beam of the vessel.
Post a Comment
Read more

Keel Design According to Perry (Guest Post by Bob Perry) 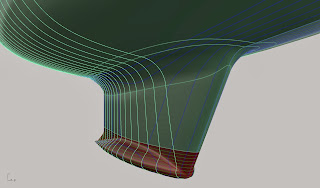 "Go ahead and love your crab crusher full keel boat but don’t try to justify the design on technical terms. Some traditional full keel designs have a lot of subjective, aesthetic appeal. That’s good enough reason to love your boat." -Bob Perry (see below) I share a lot of my own sailing-related experiences and ponderings here on my blog, but occasionally I have the opportunity to share the perspective and experiences of some real experts. Today I'm pleased to welcome Bob Perry back as a guest blogger [Read Bob's prior contributions to SailFarLiveFree about double-enders and  sailboat rigs ]. It seems keels are often debated on sailing blogs and forums, so rather than rehash those stale discussions, I asked Bob if he'd share his unique design perspective on the diversity of keel types available for cruisers. Graciously, he obliged. What follows is a guest blog post and photos Bob provided to me. Keel Design According to Perry , by Bob Perry "Le
3 comments
Read more

Question of the Month with Designer Ted Brewer (#1) 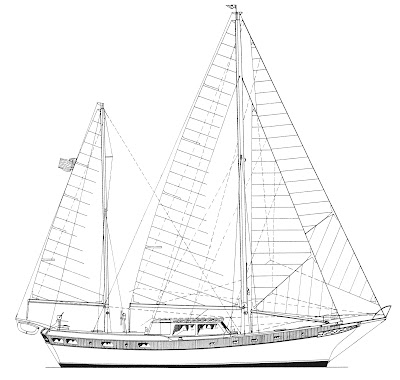 This month I asked Ted to tell me about some of his all-time favorite sailboats that he personally designed. What follows is Ted's first response (more to follow soon!). One of My Three Favorite Designs: Mystic  (By Ted Brewer) In the autumn of 1965 I was working at Luders Marine in Stamford, Conn. when Marvyn Carton, a New York investment banker, asked if I would be interested in designing his new yacht.  At the time he owned a sister ship to Irving Johnson’s Yankee II, the 50 foot, steel, centre cockpit, shoal draft, centerboard motorsailer ketch that Johnson had built after he gave up operating his famous world cruises aboard the brigantine Yankee .  Marvyn’s new yacht was also to be a motorsailer, similar in style, but 6 feet longer, with 2 feet more draft and a centerboard. He wanted a pilot house as well as a wheel on the poop, akin to an old clipper ship! Also, it was to be aluminum construction to reduce weight for better performance. Mystic 's sailplan Ma
4 comments
Read more
More posts