Showing posts with the label desert islands
Show all

Uninhabited but not Unnoticed 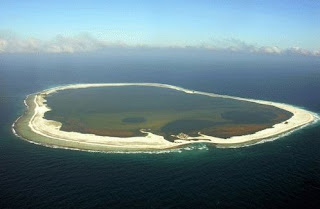 "Island, I see you in the distance I feel that your existence is not unlike my own Island, they say no man is like you They say you stand alone Sometimes I feel that way too" -Lyrics from Island by Jimmy Buffett Uninhabited (deserted) islands have been the setting for some of history's most intriguing stories. For example, consider the familiar story of Alexander Selkirk, a castaway who was marooned on lonely Mas a Tierra island for four years. Don't recognize Selkirk or Mas a Tierra? Daniel Defoe made them forever famous when he used Selkirk as real life inspiration for the novel Robinson Crusoe in 1719. Interestingly, Mas a Tierra was officially renamed Robinson Crusoe island in 1966 but is no longer uninhabited. Even if you're not into history, uninhabited islands still find a way to impact modern pop culture. Remember the television series Lost and the 2000 Hollywood hit movie Castaway ? Other shows like Survivor and Dual Survival also often
4 comments
Read more
More posts