As sailors, many of us are acutely attuned to energy conservation while onboard and away from the dock. In other words, we don't like running a generator or our engine to recharge batteries just to keep the refrigerator going if we can help it. And even if that's not your mentality, I'm sure you could still use some extra cold storage space as provided by quality cooler. 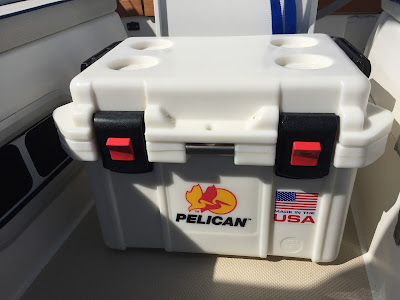 at the dock, on the dinghy and while sailing/cruising on a routine basis. This is one well-built and tough cooler. You'll get your first clue about those attributes when you pick it up because it's heavier (16 lbs empty) than you might expect for it's relatively modest dimensions. In fact, it weighs much more than standard Igloo and Coleman coolers that have twice the capacity and a quarter of the price. The benefit is that Pelican Elite coolers can stand up to harsh treatment and easily serve double duty as a bench/seat.

But why are they so heavy? First, the polyethylene they're made from is a dense material. Second, the side walls are thick and heavily insulated. Third, the hardware is almost all quality stainless steel instead of flimsy plastic. That all adds up to a cooler that gets the Interagency Grizzly Bear Committee's "bear resistant certification". Yes, that's right...this cooler has been intensely impact and penetration tested by captive grizzlies. And the press & pull latch makes opening it tricky for ursine paws and claws.

The thick side walls, heavy insulation and lid with gasket all also help these coolers maintain maximum ice retention. Pelican claims "up to 10 days" but my own use of the 20qt version puts that figure at a more realistic 24 hours in normal summer use. If we packed the cooler in the morning with ice and beverages, about 1/3 of that ice still remained 24 hours later on most summer days here in the Great Lakes. I'd love to have 10 days of ice retention, but even 24 hours is an improvement over our previous coolers. To be fair, we would like get better ice retention if we pre-chilled the Pelican Elite by bringing it into air conditioning and loading it with ice the night before use. Also note, the 20qt version that we have is the smallest available, so larger capacity Pelican coolers will likely have better ice retention.

This cooler has a few other features I really like. For example, the built-in bottle opener and integrated cup holders on the lid are not novel ideas, but they are immensely practical. I also like that the flip-up handle on the top locks the cooler lid you don't have to worry about spilling when you pick it up. The thick rubber feet on the bottom four corners prevent the cooler from sliding around, particularly when we have the cooler functioning as a middle seat in the dinghy.

What don't I like? I really wish this cooler had a drain, even though Pelican's literature says to resist dumping water because it acts as additional insulation and blocks airflow. As I said, these are heavy coolers and flipping them over for draining isn't as practical as a drain hole would be, particularly if the cooler is full of beverages and other perishables that you don't want to spill or unload.

So what's the bottom line from SFLF on Pelican Elite Coolers? If ice retention and portability (i.e. lightweight) are your priorities, do some comparison shopping first. But if you want the best built, toughest coolers we've ever encountered with above average ice retention, these are a safe bet. Yes, this cooler is expensive at more than $250, but it's likely the last 20 quart cooler you'll ever purchase. Remember, Pelican guarantees them for life against breakage and defects in workmanship. 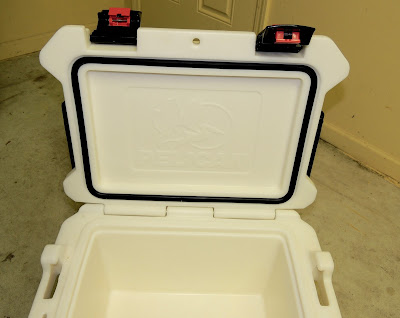 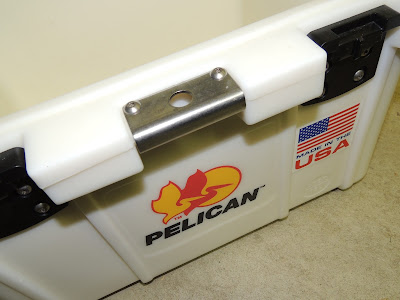