Climbing to the Top: A Review of TopClimber Mast Ascending Gear

Have you been on top of your sailboat? Have you taken a trip up your mast? It seems like a sort of rite of passage for sailors.

When asked why he was attempting to climb Mount Everest, George Mallory once famously answered, “Because it's there.” Well, the mast is there, so why not climb it? Of course there are also plenty of legitimate reasons to take a trip high above your deck: rig inspection, changing masthead light bulbs, adding a new line, retrieving a lost/broken halyard, and taking the obligatory overhead photos. I’ve written before about our initial technique for mast climbing here, but we recently upgraded our mast climbing routine with the TopClimber solo mast climbing system so I figured I should add a written update as well. Our previous mast climbing method used a climbing harness, halyards and winches to hoist someone up. This system is tried and true, but requires at least 2 people: one in the harness and one on deck working a winch. That works just fine and doesn’t require any special equipment other than the harness, but the harness can be a bit uncomfortable (or a lot uncomfortable if you ask my wife!). Also, the person working the winch is in for a major shoulder and arm workout if your boat isn’t equipped with some pretty big winches. 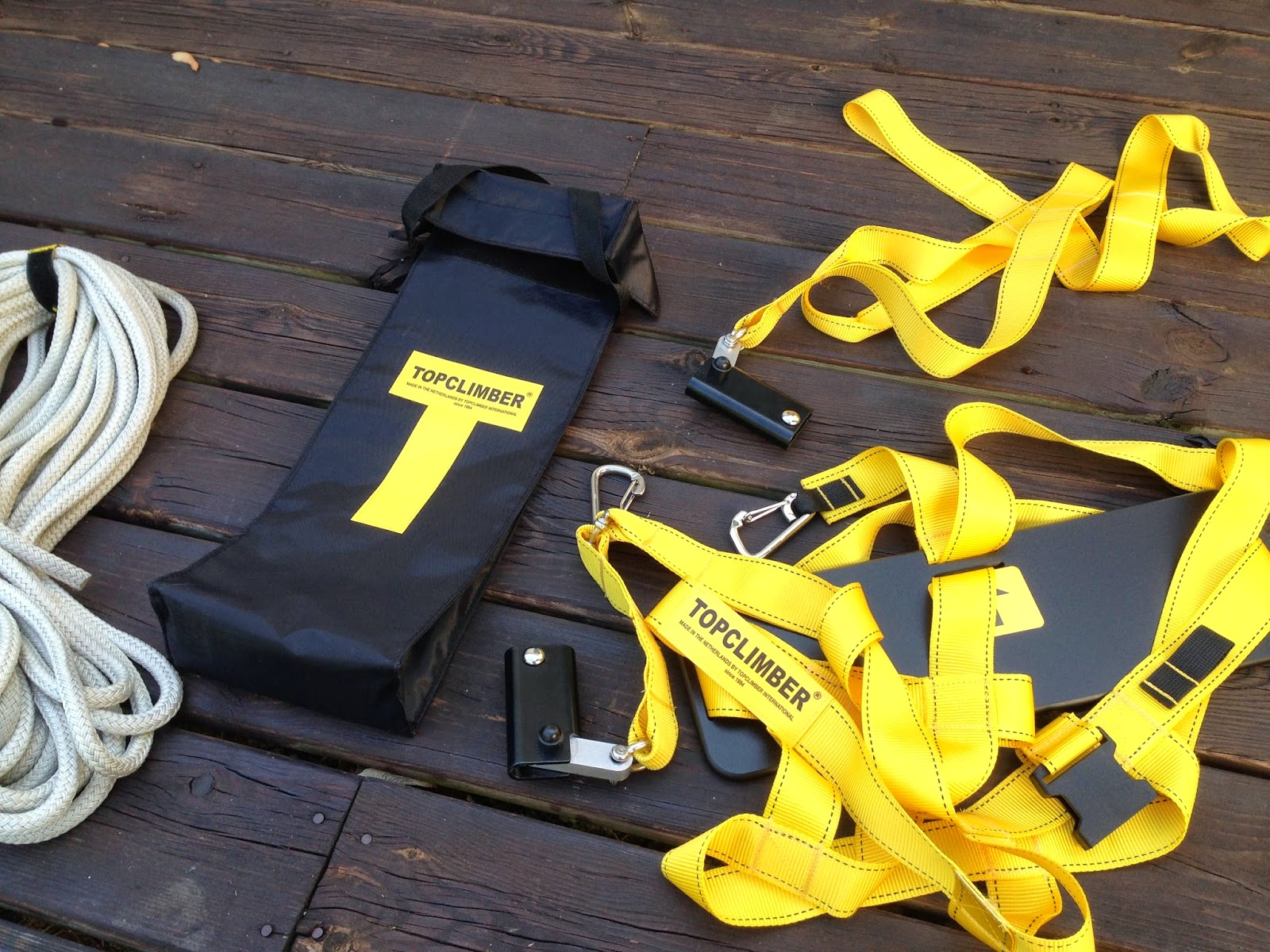 The TopClimber eliminates both of my minor gripes with our previous system: the need for a second person and discomfort. Essentially, the TopClimber is just webbing straps, a couple of one-way jammers and a plastic seat. To use the system, you attach an appropriate line to a halyard shackle using your preferred knot (I use a simple bowline), thread the jammers onto the line and then secure the other end of the line to the deck or low on the mast. You can attach a second halyard as a safety backup too. Next, sit on the seat and adjust the straps around your thighs and lower back so you're secure. 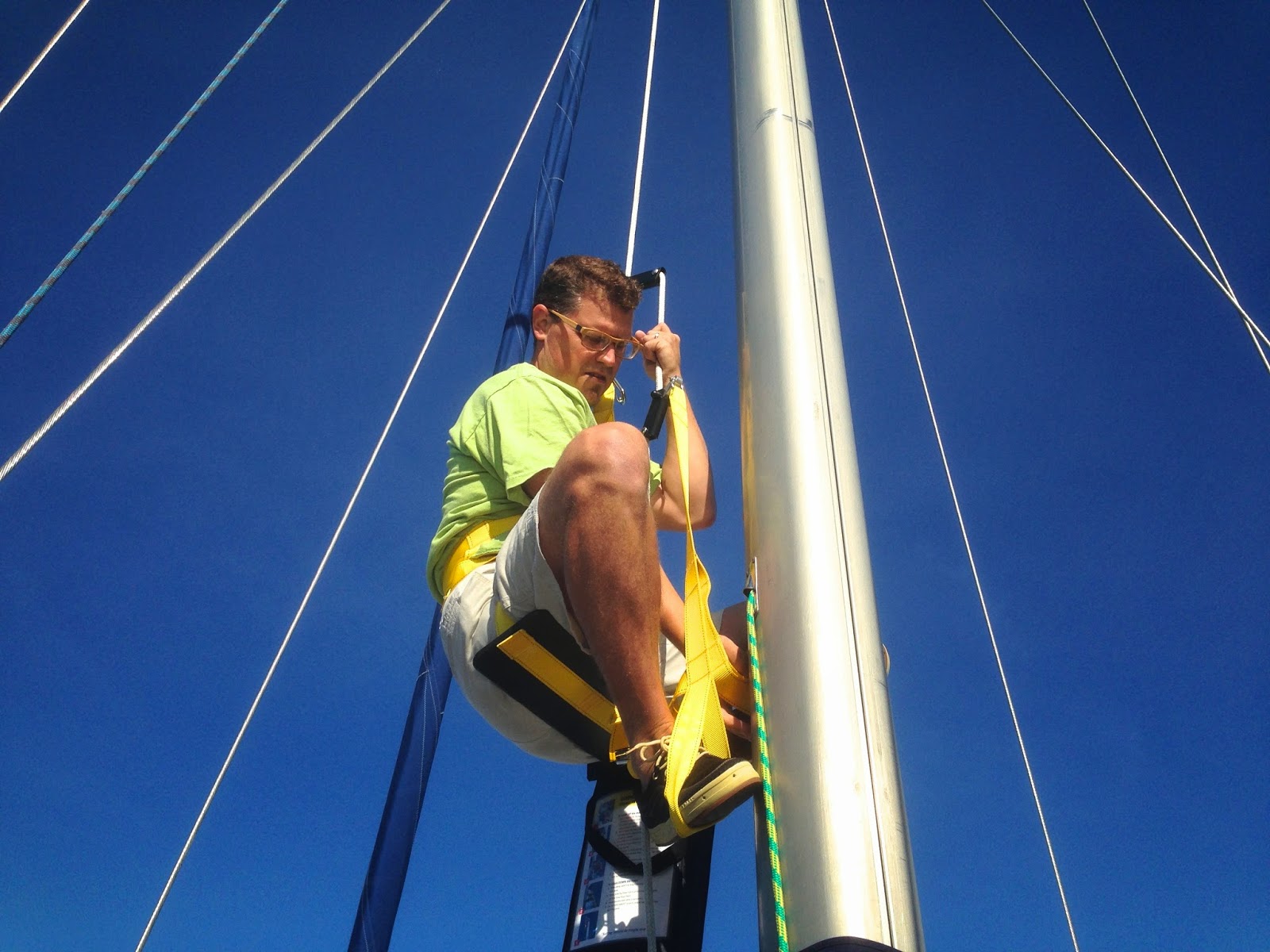 The movement may sound and look a bit awkward, but it works very easily in practice. Your thigh muscles do most the work, so reaching the top of the mast isn't any more tiring than doing several successive squats. And if you do get tired, you can simple sit and relax on the seat. The hardest part is coming down! To descend, you need to use two hands to alternate between releasing each jammer. Sounds easy enough, but the loaded jammers take a bit of hand/forearm strength to release and moving them down any more than a couple inches at a time feels too fast and uncontrolled. I suggest practicing low descents from just a few feet above the deck before going high up the mast. In the unlikely event that you can't descend with the jammers, you could always have a crew member assist with a controlled descent by using a winch to lower the halyard. That is if you're not sailing and/or ascending completely solo!


Just how safe is the TopClimber? I can only state that it "felt" safe and simple. The weakest link is likely your knot and or an accidental opening of a halyard shackle. However, both of these can be prevented with a backup safety halyard, proper knot tying and seizing wire/tape on the shackles. I should also note that there is a seat clip and spacer strap to help prevent swaying and keep you close to the ascent line if you're climbing on a pitching boat. The TopClimber specs say there is a maximum climber weight of 441 pounds (200kg), but the webbing is tested to 1,323 pounds (600kg). The jammers themselves are practically impossible to release simultaneously, so one is always acting as a fall preventer.

Cool bonus feature: The TopClimber storage bag doubles as a tool pouch and actually comes with a clip that attaches it to a sewn in loop on the webbing straps of the seat.

Cool bonus feature #2: You can stand and work above your mast with the TopClimber. With the bottom jammer raised all the way to the top, you can simply stand up to reach your masthead gear (anchor light, antenna, etc.). I haven't been above our masthead yet, but I've got an LED light bulb on order for our anchor light, so I'll be there sometime in the next several weeks.

If you're a serious cruiser, sooner or later you'll likely find a need to climb your mast. To me, the TopClimber is the right balance between simplicity, cost ($285) and safety. It's been around since 1994 and is available directly from the manufacture in the Netherlands with free (and fast!) shipping. 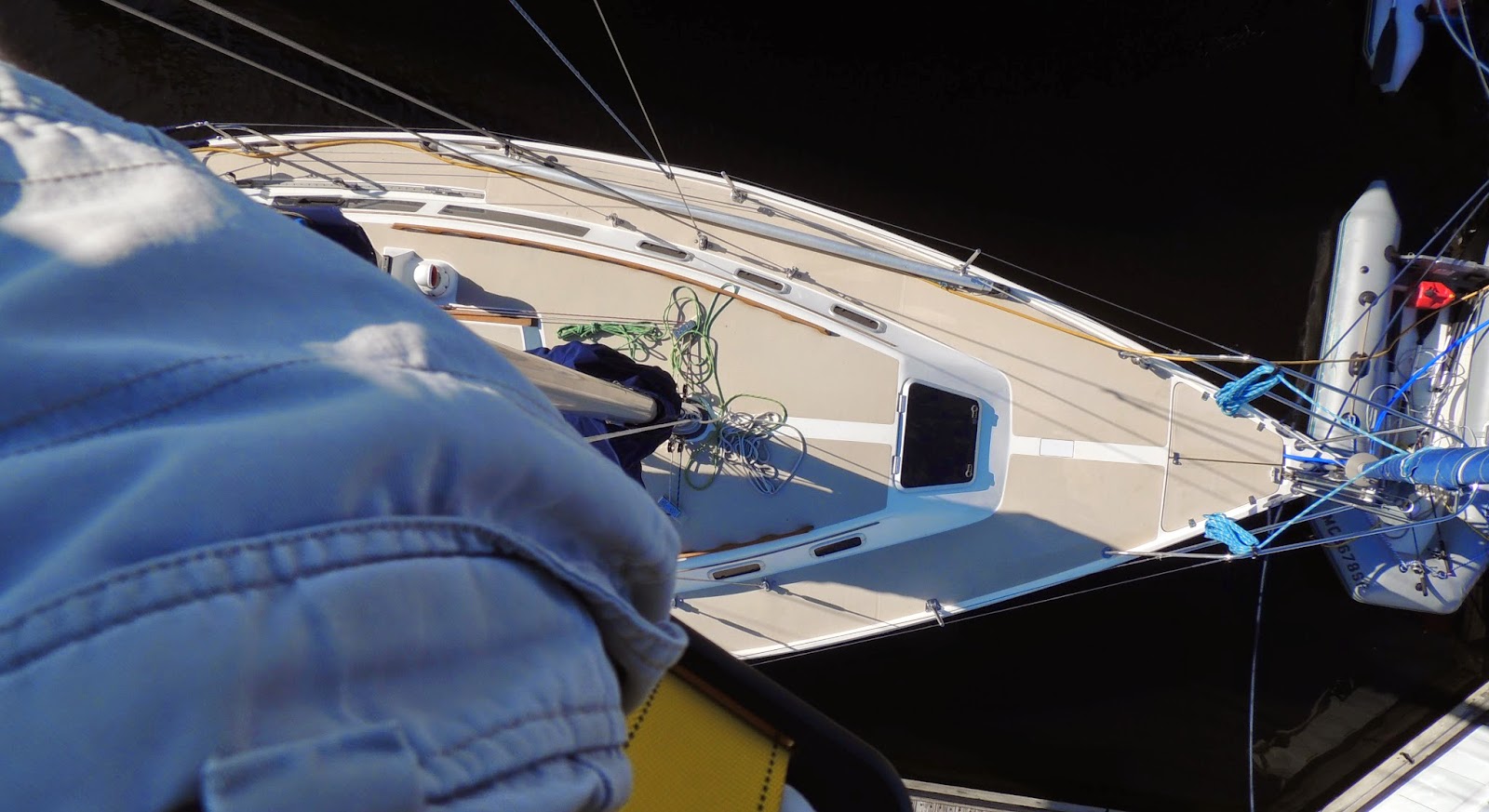